Every year, more than 70 million tonnes of methanol are produced in a process based almost exclusively on fossil fuels. A new project headed by Haldor Topsøe and Aarhus University is aiming at making production entirely green and based on biogas.

This is more or less what the development project is about. With the pithy name of eSMR-MeOH, the project is being funded by the Energy Technology Development and Demonstration Programme, the EUDP, with almost DKK 38 million (EUR 5 million).

The project is being headed by the catalyst manufacturer Haldor Topsøe, and it involves Aarhus University, the Technical University of Denmark (DTU) and Aalborg University. The objective is to develop and build a demonstration facility that can convert biogas from livestock manure and biomaterial into pure green methanol by only adding renewable energy.

- In brief, the project is about producing methanol from biogas and green power. This would be a quantum leap compared to the situation today with black-as-coal production, and it would be an incredibly elegant way of creating high-value products out of the filthiest residual products from our society, says Professor Lars Ottosen from the Department of Engineering at Aarhus University, who is leading the university's efforts in the project.

Methanol is an organic compound classified as an alcohol, and it is used for a wide variety of purposes. Among other things as a fuel and solvent, and as an extremely important platform chemical in the production of a wide range of other chemicals.

Currently, the liquid is usually synthesized from fossil natural gas. You a split methane into hydrogen and carbon monoxide by adding a quantity of the gas as energy input. The whole process is dependent on fossil fuels and energy sources, and this is where the project will change things dramatically.

In the eSMR-MeOH project, the plan is to split biogas using an electrically driven catalytic converter, and with additional energy injection from hydrogen produced using electrolysis technology to convert biogas into methanol.

- Haldor Topsøe is a world leader in the production of methanol, and we’re working hard to develop technology to make industrial production of methanol more sustainable in the future. Our eSMR Methanol™ technology is a strong basis for an electrified and significantly greener production process, not least because the raw material is biogas and power comes from wind turbines or solar panels. We look forward to demonstrating the process with our talented partners in the project, says Peter Mølgaard Mortensen, a leading researcher at Haldor Topsøe.

Target: Nothing goes to waste

The biogas can be extracted from slurry and sewage sludge, for example, and electricity can be obtained from renewable sources.

- The methanol coming out of the process is completely pure and green, and we know that it is possible. However, there are still a number of research and development elements to be dealt with before we get that far. Among other things, we need to find a solution to how we connect such a system to a renewable energy source, typically wind, which, by its nature, is not constant, says Lars Ottosen.

This is not a laboratory project. At the Aarhus University research centre in Foulum, a large-scale pilot facility is to be built, from which experience and the technology developed can be translated into an industrial system, says the Professor.

- The objective is for the technology to be cost-effective at a scale suited to a large biogas plant. The ultimate goal is a society where nothing goes to waste. Where no fossil fuels are dug out of the ground, and we have an alternative for everything we dig up today. The circular bioeconomy at its best, says Lars Ottosen.

Project eSMR-MeOH: Biogas to MeOH by electric reforming started in 2019, and funding goes to 2023.

Contact Lars Ottosen for more knowledge about the project 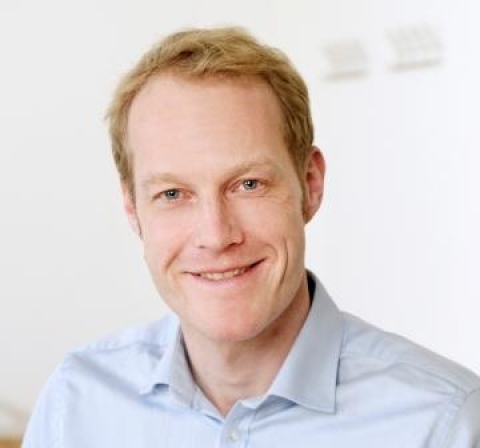 Read more examples of research from Department of Engineering.