Canned, live worms may be the sustainable fish feed of the future

Senior researcher Stine Slotsbo from the Department of Ecoscience is looking for the best way to mass-produce a certain type of earthworm.

It may sound a little strange, but the goal of the project, which Stine Slotsbo has been working on since 2018 with Professor Martin Holmstrup, is to develop a sustainable alternative to the fish feed used to feed aquaculture fish larvae and fish.

There are serious environmental challenges associated with the feed being used today. Challenges that the small worms could solve, if you ask Stine Slotsbo.

When basic research to fish research

When Stine became interested in the worms some 15 years ago, she had no interest whatsoever in fish.

"The only reason we discovered this was due to our basic research, it had nothing to do with fish. Our research into the worms was to examine and understand their ability to survive in sub-zero temperatures,” says Stine Slotsbo.

Enchytraeids are found in very large densities in decaying seaweed that has washed up on beaches. In Europe, they are located as far north as Svalbard and as far south as Spain, and they can adapt to environments with average temperatures ranging  from +15°C to - 5°C, but they can also survive temperatures down to -20°C in a frozen state.

"We discovered that Enchytraeids have high levels of omega-3, and we didn’t think much of this until, by chance, we came into contact with fish breeders who said that there was a shortage of live feed with high levels of omega-3 fatty acids. And that’s when the idea struck us,” says Stine Slotsbo.

The challenges of feeding fish

One of the major challenges of the feed currently being used in fish farming is the amount of omega-3 fatty acids in the feed. Most people know that eating fish is healthy because fish contain omega-3 fatty acids. However, the fish themselves don’t produce the healthy fats. They absorb them, just like people do, through their diet.

"But it has to come from somewhere. At the moment, it mainly comes from other fish. And emptying the oceans of fish to provide feed for aquaculture isn’t exactly sustainable," says Stine Slotsbo.

This is where Enchytraeids enter the picture as a possible solution, according to the researcher. They can generate the omega-3 fatty acids that the fish need, and they can be mass-produced, and even sustainably.

Sustainability is the point

The sustainable aspect of the project is pivotal.
The worms are grown in plastic boxes filled with a mixture of seaweed and soil. Their feed is poured on top of the seaweed and soil mixture.

The seaweed the worms are cultivated in is a waste product that many are already trying to find methods of removing from Danish beaches. The feed that the worms are fed on is made up of residual products from the food industry, e.g. coffee grounds from the kitchens of large hotel chains or mash leftover from brewing beer.

"Things could be done easier and faster if we were willing to use more energy and more resources, but the whole point is to reduce resource consumption to become as sustainable as possible.

Our goal is to use something that would otherwise become waste and instead turn it into fish feed, which ultimately becomes food for humans," says Stine Slotsbo.

Canned worms in the future

At Aarhus University, researchers are working on identifying the conditions necessary to mass produce Enchytraeids so they can be used as fish feed. Among other things, they are looking at temperature, humidity, salinity and the quality of seaweed. Simultaneously, a number of the project's commercial partners are scaling up the results and testing them in practice.

The use of Enchytraeid’s as living feed has already been tested on a smaller scale e.g. flounder and turbot on fish farms. “And there is no doubt that the fish thrive on the worms,” says Stine Slotsbo.

In addition to developing the right feed for the worms, storage and transport to fish producers is the next part of the project that Stine Slotsbo will look into.

"We have a dream of being able to freeze the Enchytraeids in cans and providing fish farmers with frozen feed. They can then defrost the can and feed their fish live worms. We're not quite there yet, but that's the goal," says Stine Slotsbo.

Contact Stine Slotsbo for more knowledge about the project 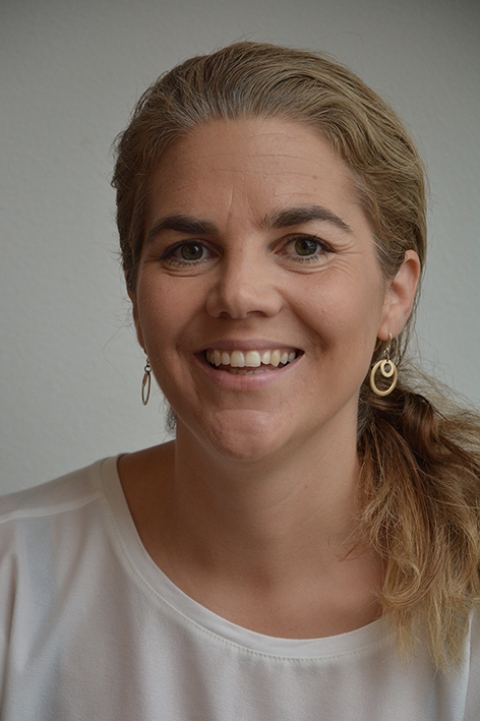 Purpose: To mass-produce worms with omega-3 fatty acids for fish feed in a sustainable way